You Are a Planeswalker

Choose a warrior clan and vie for supremacy in Magic: The Gathering, the world’s premier trading card game. Rage through lush jungles and battle across the windswept steppes of Tarkir using your own combination of powerful spells and fierce creatures.

The Abzan rely on endurance and fortitude to ourlast the other clans. Build a resilient army, survive your enemy’s rash attacks, and then march to an eventual victory. 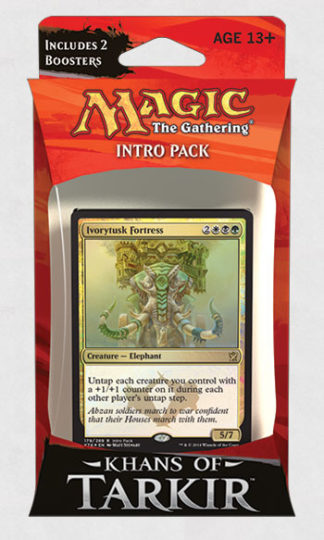