Oath of the Gatewatch

Take the Oath. Retake the World.

On the brink of destruction, the world of Zendikar prepares for its final stand. Allies band together to battle the apocalyptic force of the Eldrazi. Rally your troops and sound the charge!

Faced with the threat of the world-devouring Eldrazi, the people of Zendikar band together like never before. Use the support mechanic to shore up multiple creatures with +1/+1 counters, and your army will become greater than the sum of its parts. Stand and fight for Zendikar’s survival! 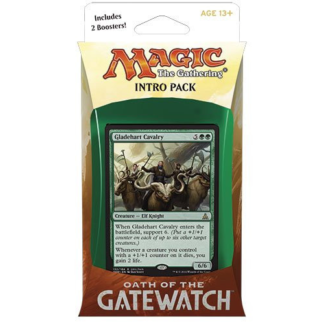