A Pantheon of all-powerful gods rules over the plane of Theros. Krakens, minotaurs, and other monsters of myth threaten the safety of the walled cities. Heroes rise to battle, bolstered by their devotion to the gods. Venture to Theros and find your own path to become a hero.

Those who question the power of the gods do so at their own peril. Your opponents will be punished for their hubris as you bring an unstoppable army of enchantment creatures to the battlefield 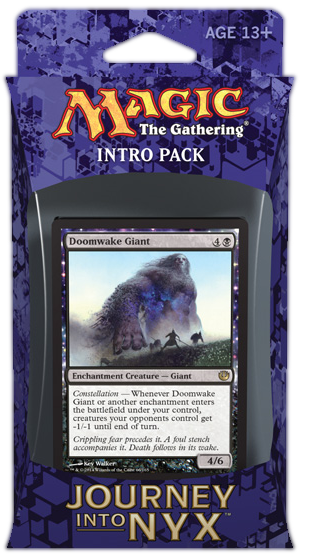