Travel to the past of war-torn Tarkir. In this age, the clans clash in a desperate battle for survival against a shared enemy: the dragons. The choices made here will decide the fate of Tarkir.

Let the plains resound with the thunder of hooves! Use the dash mechanic to swell your attacking troops and launch an overwhelming assault. Crush your opponent’s forces by powering up your creatures. Leave behind nothing but the dust and the defeated. 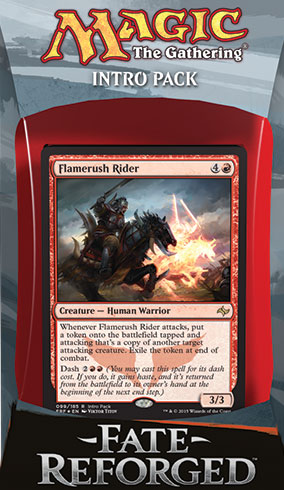