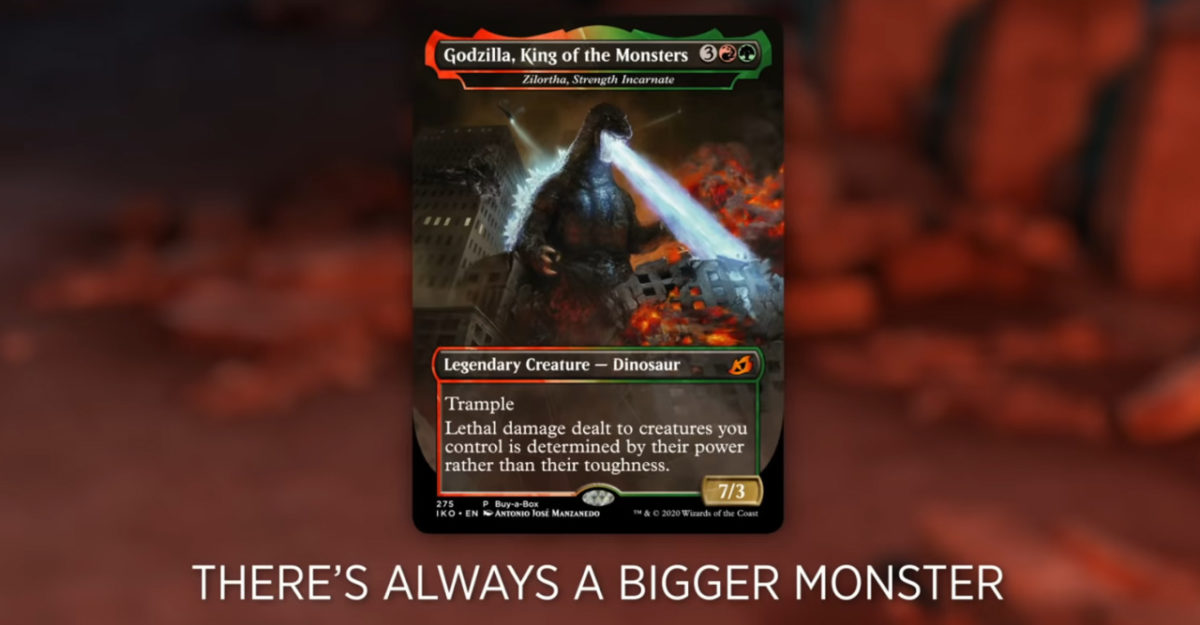 Some of you may have noticed pictures floating around of Magic cards from the new set with pictures of the classic monsters from the Godzilla movie series. No, these aren’t fan-made alters, these are actual Magic cards. Does that mean that I can rip a Mothra from my Ikoria Draft Booster? Not quite.

The Godzilla Series Monsters are available in both foil and non-foil. But what if you aren’t a Godzilla fan, or just would rather not mix Magic with Godzilla? Are these powerful cards just unplayable for you? Not exactly. Each of these Godzilla Series Monsters is available in its non-Godzilla form as a card in the set. These are what you can get by opening Ikoria Draft Boosters. To make things easier to figure out, the Godzilla Series Monsters will have the name of the card they are overlaying in slightly smaller print underneath their Godzilla name. For all purposes of play, they are exactly the same: you can only have 4 of any combination of (for example) Godzilla, King of the Monsters and Zilortha, Strength Incarnate in a deck. If something requires you to name a card, naming Zilortha is the same as naming Godzilla, King of the Monsters (so Surgical Extraction will get both).

So now you can see for yourself what happens when Biollante clashes with Rodan. Or maybe just take out some aggresion by knocking Baby Godzilla around for a bit.