You Are a Planeswalker

Choose a warrior clan and vie for supremacy in Magic: The Gathering, the world’s premier trading card game. Rage through lush jungles and battle across the windswept steppes of Tarkir using your own combination of powerful spells and fierce creatures.

The Sultai seek to rule with ruthlessness and dark magic. Use the power of the graveyard to summon a legion of undead servants and sujugate the inferior clans. 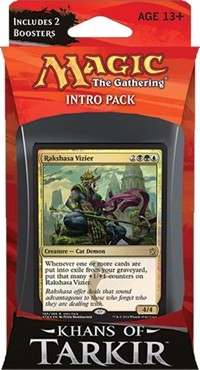